Greetings of the season. 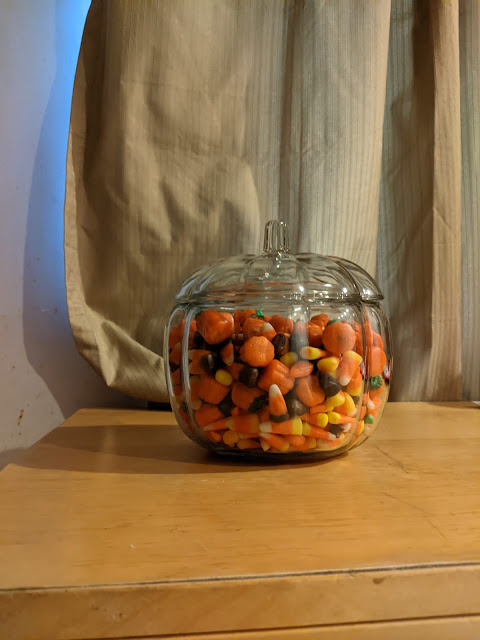 I've told this story before.

It was such a simple thing, but it gave me such frustration.In the fall of 1992 or 1993, Dunkin' Donuts ran a promotion. If you made a purchase in the store you could buy a glass cookie jar shaped like a pumpkin for about $5.It wasn't a big deal, but I wanted one.There was a Dunkin' Donuts on Queens Blvd., across the street from our apartment. I'd stop in several times a week to buy coffee and a donut. And every time I went in, they had just run out of the jars.Finally, one afternoon ....I scored pay dirt. they actually had the jars in stock.Made my day. Made my month!Took the jar with me when we moved to Long Island, and took it with me when I moved back home with my parents. The lid broke when the kids were little. I was so upset, mostly because of all the trouble I'd gone to when I bought the jar.

They're readily available now, all over the internet.  The one in the photo came from KMart.

Posted by songbird's crazy world at 5:30 AM